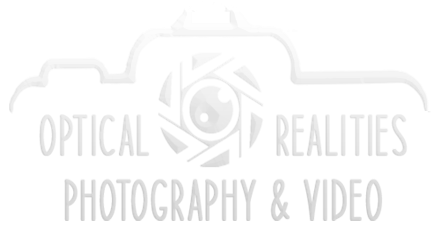 Please check back for more blogs!

“Those who have a voice, must speak for those whose voices cannot be heard.” La Divina Providencia, El Salvador: Indigenous survivors of the war in Guatemala traveled to El Salvador for the 25th anniversary (3/24/80) celebrations of the life and martyrdom of Archbishop Oscar Romero (1917-1980).

Romero was assassinated–shot in the heart-by a state sponsored death squad while he celebrated Mass at a small chapel located in a hospital called "La Divina Providencia," as seen in this photo.

A day earlier Romero made this appeal to the members of the military:

"Brothers, you came from our own people. You are killing your own brothers. Any human order to kill must be subordinate to the law of God, which says, 'Thou shall not kill.' No soldier is obliged to obey an order contrary to the law of God. No one has to obey an immoral law. It is high time you obeyed your consciences rather than sinful orders. The church cannot remain silent before such an abomination... In the name of God, in the name of this suffering people whose cry rises to heaven more loudly each day, I implore you, I beg you, I order you: stop the repression." A picture of Archbishop Romero from the Jesuit’s residence where soldiers pierced a bullet through his heart the evening they massacred the 6 Jesuit priests, their co-worker, Julia Elba Ramos and her young daughter Celina (11/16/89) Obdulio, the husband of Julia, father to Celina and gardener to the Jesuits planted this commemorative rose garden surrounding the Jesuit residence.

During El Salvador’s brutal civil war, the US sent upwards to over $3 million a day to the right-wing government, in a country riddled with human right violations and where death squads ran amok. By the end of the war, tens of thousands of Salvadorans had been tortured and/or imprisoned. Children were systematically targeted to eliminate the risk of becoming future guerillas, and approximately 75,000 civilians were killed between 1980 and 1992. A U.N.-sponsored Truth Commission found that the Salvadoran Armed Forces was responsible for 95% of the human rights violations committed during that period.

During the 12-year war, more than 80,000 Salvadorans sought refuge in the US. The Reagan administration, however, denied any allegations that the Salvadoran or Guatemalan governments were in violations of human rights and characterized refugees from these counties as "economic migrants." As a result, few Salvadoran and Guatemalan asylum cases were approved. In 1984, for example, less than three percent were granted, contrasted to the approval rate for Iranians, which was 60%, 40% for Afghans fleeing the Soviet invasion, and 32% for political refugees from Poland. The four U.S. churchwomen – Sisters Ita Ford, MM, Maura Clarke, MM and Dorothy Kazel, OSU, and lay missioner Jean Donovan – were abducted, raped and murdered in El Salvador on December 2, 1980. The women’s murders were part of a brutal pattern of attacks by death squads and members of the Salvadoran Armed Forces against those working on behalf of communities displaced by war. Commemorative mass marking the 25th anniversary of the assassination of four US churchwomen. Rufina Amaya with her granddaughter, Lesley

I had the privilege of knowing Rufina Amaya, one of the only survivors of the El Mozote massacre. On the morning of Dec. 11, 1981, Rufina managed to escape government soldiers as they killed all the men, women and children in her village. Rufina hid beneath a bush and watched as her husband and many of the other men from the village were brutally decapitated. She listened helplessly as her son screamed out “Mama, mama, they’re killing me. They’ve killed my sister,

they’re going to kill me.” Four of her children were murdered.

Rufina witnessed women being raped, men tortured, and just for fun, solders tossing young children in the air and spearing them to death with their bayonets. Rufina tearfully explained how she wanted to die with her family and loved ones, but instead pleaded with God to spare her life so that the voices of those who had been brutally massacred would not be silenced--that their cries would be resurrected in her so that the truth would not be concealed. El Salvador: Rufina Amaya, the sole survivor of the “El Mozote” Massacre with her granddaughter, Lesley in Morazon. Monumento a la Memoria y la Verdad – Parque Cuscatlan -- A child sits against the memorial wall bearing the names of some of the 75,000 victims of El Salvador’s bloody civil war (1979 –1992).

On July 2, 2007, 14 activists were arrested and faced 20-60 years in prison for partaking in a nonviolent, permitted protest against the privatization of water. The 14 were originally charged with "public disorder," but the government changed these charges to apply to their new "anti-terror" law that criminalizes protests as "Acts against the State."

The July 2, 2007 crackdown was intense and involved every branch of state security-military, riot police, civil police, Special Forces... they used helicopters that dropped gas bombs on the community while the forces brutalized people for 8 straight hours. Twenty-five people were wounded by rubber bullets, and countless others were severely affected by the excessive use of gas.

We heard stories of military troops chasing down children who were trying to give water to the injured. Despite being as young as five years old, the children were chased into their homes and gassed by troops.

Some of those facing charges were actually rounded up en route to the protest. They were singled out as some of the organizers. Even more troubling about the arrests is that not only did the organizers notify the government about the rally, but they were given permits for the event. One of the 14 who was arrested, Patricio Valladeres Aquino, recounted how he nearly died in prison as a result of the wounds inflicted upon him. Medical attention was delayed for several days despite his deteriorating situation. In addition, he was placed in a communal high security prison among some of the country’s most violent criminals. The women spoke of having to sleep on the floor of a rat-infested cellblock and being denied food and water. We also heard first-hand accounts of individuals being flown by helicopter to maximum-security prisons. En route, they were terrorized with a variety of intimidation tactics that included threats of being thrown from the helicopter. Many of the military and police involved in the crackdown and interrogations did not have any identification on their uniforms - and had their faces covered with black masks. Human rights organizations in El Salvador and around the world denounced the terrorism charges and on February 21, 2008 all charges were dropped against the “Suchitoto 14”.

Approximately 36 families, organized by women, established the El Manguito co-op. In 2005, when I visited this community, they feared they might have to close the co-op. The start-up loan they received from the bank came with an astronomical interest rate of over 50%. Without “Free Trade” status and benefits allotted to larger companies, the co-op was struggling to make payments on the interest even though they had paid off the initial loan. A child drinks from a well in the “El Manguito” cooperative. Privatization of public utilities in El Salvador threatens to raise the cost of potable water to levels that will make it unaffordable for the poor. In some regions, a bottle of Coke is less expensive than a bottle of water.

Privatization of public utilities in El Salvador threatens to raise the cost of potable water to levels that will make it unaffordable for the poor. In some regions, a bottle of Coke is less expensive than a bottle of water.

Finally able to pay back much of the debt the coop is now thriving. In addition to a bakery, they have diversified their yields through coffee, fishing and a general store. They also saved enough money to purchase a Molino, used to grind corn. Without the Molino, they would have to haul bushels of corn for miles and pay to have it ground. Additional income to the co-op includes money from family members in the US, street vending and even working in the sweatshops.

The community diversifies their revenue, calling it a “multiple approach to income,” so as not to be dependent on only one form of revenue. All earnings are pulled and collectively distributed; community members also determine how extra money will be invested. Challenging the status quo, overcoming adversity and not being trampled by the economic and social violence that permeates much of this country, the women and entire community have found a way to challenge and overcome great odds.